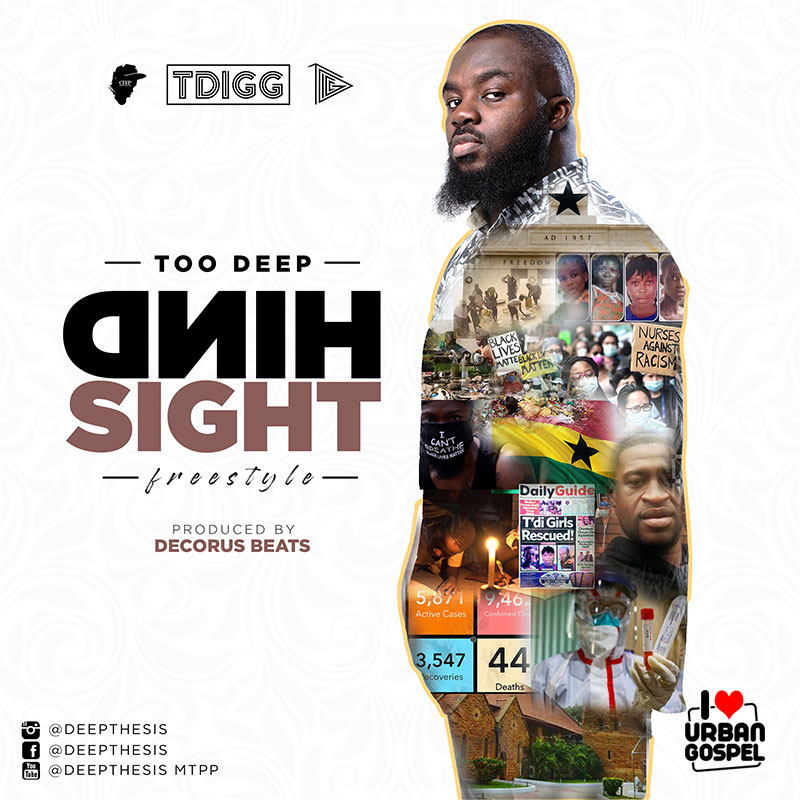 Too Deep (aka TDIGG) an urban / contemporary Christian music Artiste who likes to bridge the gap between the realities of life (his personal experiences) and spirituality (his faith) has added his voice to recent issues of racism and black excellence. He is an independent artist, Too Deep is a self-taught writer. Prior to the upsurge of the world pandemic, Too Deep (TDIGG) had started recording his album which is due for release later this year. In that regard, time didn’t permit him to express his concern and perspective about the ongoing issues in the world, as he has seriously been in album recording mode. However, his passion for pertinent issues was voraciously ignited when George Floyd was recently brutalized by the cops in the USA, after which it seemed as if our leaders were so much interested in. Furthermore, according to research, Too Deep discovered that apparently, all African countries showed keen concern about the matter, which is not bad. On the contrary, objectively, compared to some other pertinent issues ongoing in Africa and his motherland, Ghana to be precise, which need urgent attention, Too Deep feels that much empathy is not shown by our leaders. This has been prevalent for years. As a global citizen, Too Deep’s passion for humanity and social change sometimes reflects in his content. Hence, the Hindsight Freestyle.