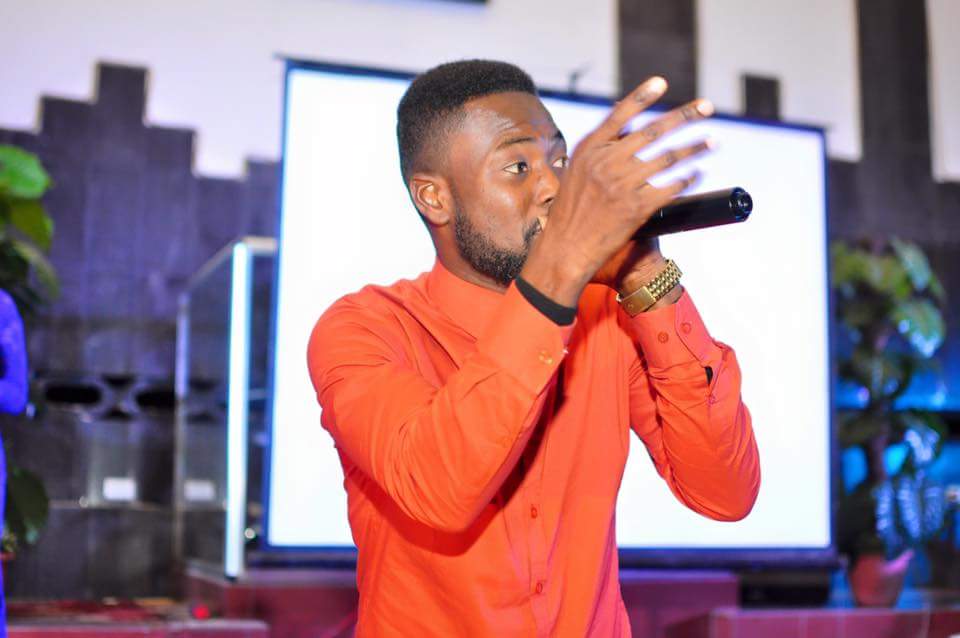 Esaias is gradually becoming a house hold name for his real life,deep lyrics,heart warming and lucid style of delivery in his music. Not to talk of his admirably strong stage presence.

The Urban gospel show on Dominion TV host merges spirituality with music and uses hip pop as genre in his quest to reach out to his audience with the good news of Jesus Christ.

Esaias introduced him self to the world with the release of his debute album in 2012.

The 11 timeless track album,"ABODE FOFRO" which had hit songs like "Superman'' and "Abode foforo'' thriled music lovers all over the world.

The GGMA,CCMA nominee is a most wanted anointed rapper who has done over ten collaborations including hit songs with Akesse Brempong,KingzKid,Regardless,Faffa and Dj Jay smoke(just to mention a few)

Touching on "OYE ADIE YIE",Esaias Explains "Oye adie yie is an Akan (twi) word that means one who fixes something.It is mostly used among the Ashanti communities to refere to a seamstress /tailor that sowe on mobility. They are mainly specialized in alterations.

The "oye adie yie" can walk from town to town in search for clothes (attimes badly torn) to patch.

The irony is, almost every Oye adie yie I have seen is old,experienced and patient.

Unlike the designer brand taylor,the Oye adie yie will not hesitate to alterate any dress regardless of how big or small the holes might be.

All these and more characteristics to me,can be likened to the warmth and receptive persona of Jesus Christ who chooses the foolish(messy) and weak people like me to glorify Himself (1Corinthians1:27)

The song was inspired by  my personal struggles in life and i believe in saying what you know than what you have no or very little idea of.

In the year 2003, i was house arrested by an undignosable odour for two years and personally over heard a group of some women in my neighborhood discuss the fact that i am no good so therefore deserves to die. But on the contrary God heard my cry and not only healed but has honored me so much. I truly am the stone that builders rejected but has become the chief corner stone(Psalm 118:22) as sang in the song.

As a nation,''Dumsor'' is a state that we find our selves in at the moment but lets cast the care on God for He cares for us and is the only ONE that can fix this situation.''

It is the mark of every great artiste to take risks and #OYEADIEYIE is a song that is out of Esaias' comfort of hippop to an afro-highlife zone.

The unasuming silky vocal touch of Esaias on the catchy #Oyeadieyie chorus will astound those who are obviously used to him as a rapper only but cant resist the song's ability to pull them into an unstopable dance mood.

Feed backs on #OYEADIEYIE have all been tremendously encouaraging including that of the multiple award winning music producer and singer Moris De-voice who said "beautiful song. nice rap. lyrically potent".

The lead and rock guitar intelude in the song played by Umar(member of the award winning Nigerian rock band Thread Stone)sets the song on a pedestal of of its own class. The base line played live by Chisom(basist of the fastest growing urban gospel band-Urban harp which also hapends to be Kingzkid's band) also gave the song a remarkably echoing base chords.

The catchy nature of the chorus makes it easy for all age groups to appreciate and sing along happily. Not to talk of the matured rap delivery which is unlike anything heard before.

Esaias in one of his recent postings on instagram where he announced the song's title, shared a picture of himself in the studio with Perez Music whom he stated is producer of the song.