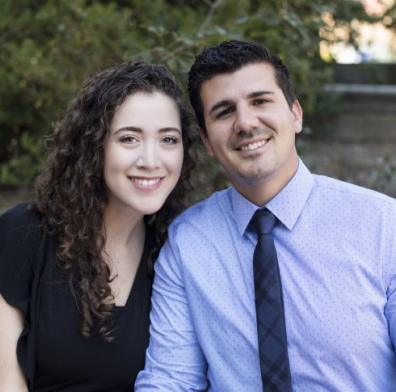 Pastor Michael Webber made national headlines last week when his preaching at a movie theater in Redlands, California, following a showing of the "Avengers" caused people to run for their lives and led to his arrest on a misdemeanor charge.

In an interview with The Christian Post, Webber, the 28-year-old pastor of Truth & Triumph Ministries, said he often evangelizes at movie theaters.

But following a showing of the "Avengers" on the evening of April 26 the lights in the theater were still off when he began to preach, and he believes that's what led to the chaos of people running for the exits and some being injured as they tried to escape.

Redlands Police Department officers rushed to the Harkins Mountain Grove 16 theaters after calls were made to 911 fearing there might be gunman inside the theater, CBS Los Angeles reports.

Below is an edited transcript of CP's interview with Webber and his account of what happened at the movie theater and how he plans to evangelize in the future.

CP: Some news outlets have described your actions in preaching at the theater as an act of terrorism. Can you give us your account of what happened?

Webber: Thursday night, I came to enjoy "Avengers: Infinity War" as I am a big fan of these movies. As I have done on multiple other occasions, I waited until the end of the movie (specifically when the end credits begin to roll) to stand up and preach the Gospel. As the end credits started, I stood up from my seat and began to preach.

I have a script that I follow when I preach in crowds to make sure my message is concise, consistent with Scripture, and to ensure that I am clear in my language so that my intentions are not misunderstood.

My exact words were: "I want to let everyone here know that God loves you, and that He has a wonderful plan for your life.

If there is anyone here who is unsure as to whether they would spend eternity in Heaven? I have good news! The Bible says, "For all have sinned, and come short of the glory of God" (Romans 3:23) and "The wages of sin is death, but the gift of God is eternal life through Christ Jesus, our Lord" (Romans 6:23). And "whosoever shall call upon the Name of The Lord shall be saved" (Romans 10:13).

God said, "I will be merciful to your unrighteousness. And your sin and your lawless deeds, I will remember no more!" (Hebrews 8:12). If there's anyone here who would like to make Jesus Christ their Lord and Savior, say this prayer after me..."

And I then began to lead in the prayer of salvation. The most unusual part about this particular night was that every other time that I have stood to preach in theaters, the lights would come up as the credits began.

But this night they did not. However, I did not perceive it to be a problem because my hands were up (evidencing that I was unarmed, and not a threat).

And up until about mid-way through the salvation prayer, no one in the theater moved. They were just looking at me.

There was an occasional shout back at me telling me to "sit down," but nothing that would indicate the audience was alarmed.

When I noticed people leaving during the prayer it didn't seem to me that they were evacuating at a hectic pace. Perhaps because the lights were off. But the people right around me were sat calmly.

There was nothing to suggest that people were in a panic. I sat back down (intending to watch the end credit scene that always accompanies a Marvel movie), and about a minute after I was sat, the lights came up.

I heard someone say, "Who did that?" I raised my hand and said, "I did." They began to yell at me and cuss at me. At this time, theater managers came into the theater, along with theater security. Up until that point, I did not know anyone had been alarmed. After a few minutes, the theater managers asked me to leave.

My wife, my father, and I exited the side door which led to the front of the theater. There was a crowd of people waiting for me who confronted me with shouting and cussing. After a moment or two, I decided to walk my wife to the car in case the crowd became violent. As we approached the car I saw the police vehicles pulling into the theater. I asked my father to take my wife home, and I turned and walked back to the theater to meet the police.

Officers approached me and I put my hands up. One officer approached me and handcuffed me, informing me that I was not being arrested; just detained until they could determine what happened. After two hours in the back of the police vehicle, The officers returned to the car and informed me that this was a citizen's arrest, facilitated by Redlands Police Department. At the detainment center, the police asked me to sign a consent form that would allow them to search my residence to determine I was not a threat. After the search was complete, they let me go.

CP: I read that you have preached in movie theaters before, why do you think this time there was a different reaction?

Webber: There are probably multiple factors as to why this instance was so different than other times. I believe the lights not coming up was one of them.

Since this was the first time I had encountered that, I did not expect for them to stay down throughout my entire message. I also read several reports from people on Facebook who were in the theater saying that someone yelled "shooter" while I was preaching. This must have been when people began to leave frantically.

With reports almost daily that someone has killed multiple people in the news, it's understandable that people were frightened when they heard someone shout "shooter." And seeing how much of the news coverage was not only inaccurate but blatant lies, I can't help but think that fear-mongering on the part of the media plays a large role in people's fears.

CP: Why were you charged with a misdemeanor? Do you think this infringed on your freedom to share your faith?

Webber: I first want to say that I am thankful for the Redlands Police Department and their quick and prepared response to this situation. It was reported that someone called them saying "30 to 40 shots had been fired," (NBC Los Angeles). So when they arrived, they were well prepared to handle whatever level of threat was at play.

As soon as they determined I was not a threat, they treated me kindly and professionally. That being said, because there is no evidence that I was intending to harm or disturb people, I believe the charge against me is a mistake.

There are laws being passed in California that hinder Christians from preaching The Word of God, in Its truth, right now. (You can read more about that here and here.)

The common thread I hear from people who disagreed with what I did is that it wasn't the right "time and place" to stand up and preach.

Christians need to realize that if we don't stand up now, there won't be ANY "times or places" left. There was a period of time in America where standing up to preach the Gospel would have been met with applause.

But even in past times when I've preached, the message has been met with cursing, objects being thrown, and so on.

Although I have had times where preaching in theaters has resulted in great fruit. Many people have said to leave the preaching for the pulpit. But, for one thing, the freedom of the pulpit is being infringed upon as we speak. And for another, not everyone attends church on Sunday. But every person should hear the Gospel of God's love as expressed through the sacrifice of Jesus Christ.

CP: What have you experienced since going through this ordeal?

Webber: The media has painted me as a mad man. One publication called me a "raving lunatic" (New York Post). Another called me "the preaching terrorist" (Progressive Secular Humanist blog on Patheos).

And seeing as NO media outlet (except this one) has sought to accurately report what I said, even Christians believe I was shouting death threats to the crowd.

One person reported that I kept repeating "repent or die" over and over. That simply isn't true. I've received threatening and vitriolic messages on every social media platform I am a part of. As well as on our ministry email page.

But I don't hold it against them. Seeing as what was reported was so mistaken, it's no wonder people are upset.

CP: Moving forward what will you do differently or not?

Webber: Moving forward, I will certainly wait until I can be clearly seen by the crowd I am addressing. And that the conditions in which I preach clearly convey that I am not a threat to anyone. I want to see the lost saved and God glorified.

But I will continue to obey the call of God to preach to everyone and in every place. And I look forward to seeing God move mightily in our city through unabashed preaching of His Gospel.

Webber: The honest truth that every Christian must come to realize is this: Nature abhors vacuum. When the Church refuses to reign, someone else will. God has called every one of His people to rise up and be light for this world, and hope for their generation.

The early church thrived, not in preaching just to one another. But in preaching outside of their places of gathering, and empowering others to follow their example. From the day of Pentecost until now, the Gospel has always thrived when preached in the most hopeless of places.

Where sin abounds, His grace will always abound that much more. But if the Church remains quiet, in large part, another message will be preached from the platforms of fear and self-centeredness, and hate.

The Bible says there are "multitudes in the valley of decision." We have to preach the Gospel at any cost. If Heaven is not decided upon, Hell is defaulted upon.

God may not call you to stand up in a theater. But He has called you to stand. Stand at your neighbor's door, or before a stranger you've just met. To be ready to bring them the Good News.

I realize not everyone will agree with my method. That's fine. But every Christian should agree that we are salt and light.

Just like salt is unmistakable when tasted, and light is inescapable in the place where it shines, we should be ready to stand out for God's glory. We are "His own peculiar people, called to show forth the praises of Him Who called us out of darkness into His marvelous light" (1 Peter 2:9).

80% of Americans Believe in God. Pew Found Out What They Mean.