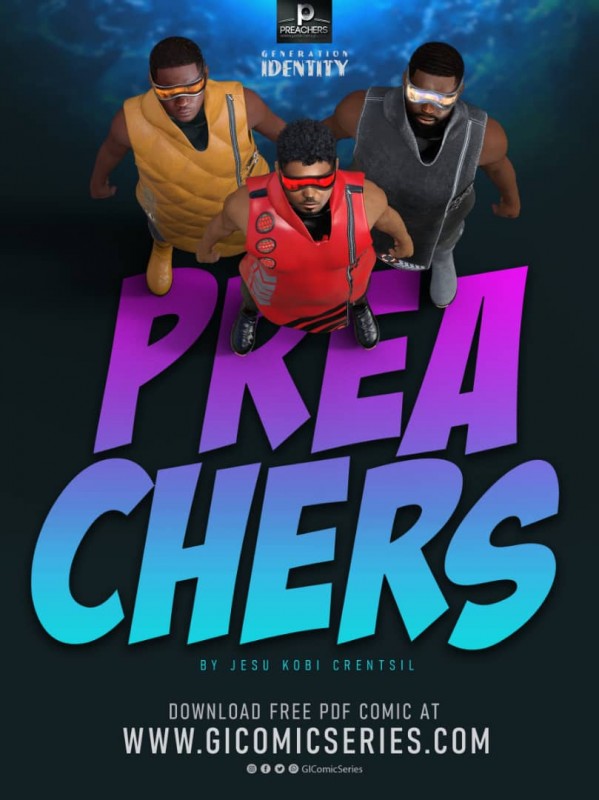 Preachers Out With New Comic Series

The award winning gospel trio, Preachers has been featured in a new comic series titled “Preachers”. Created by Generation Identity Comics, it is an adventure series that seeks to explore the issues of self-identity in a modern world from a Godly perspective.  In the first episode, Preachers are portrayed as superheroes or characters with super abilities.

Speaking to Obed Psych, leader of Preachers, he said “It has always been our mandate to bring a different dimension to gospel music so when Jesu Kobi Crentsil of Generation Identity contacted us about this idea, we did not hesitate at all. Portraying us in the comics as superheroes to spread the word of God is as unconventional as our ministry in itself.”

The Crazy for God hit makers, are out with a new single titled “Closet” and this seems to be the highlight of the first episode of the Preachers comic series. Click the link below to download it for free. www.gicomicseries.com/preachers