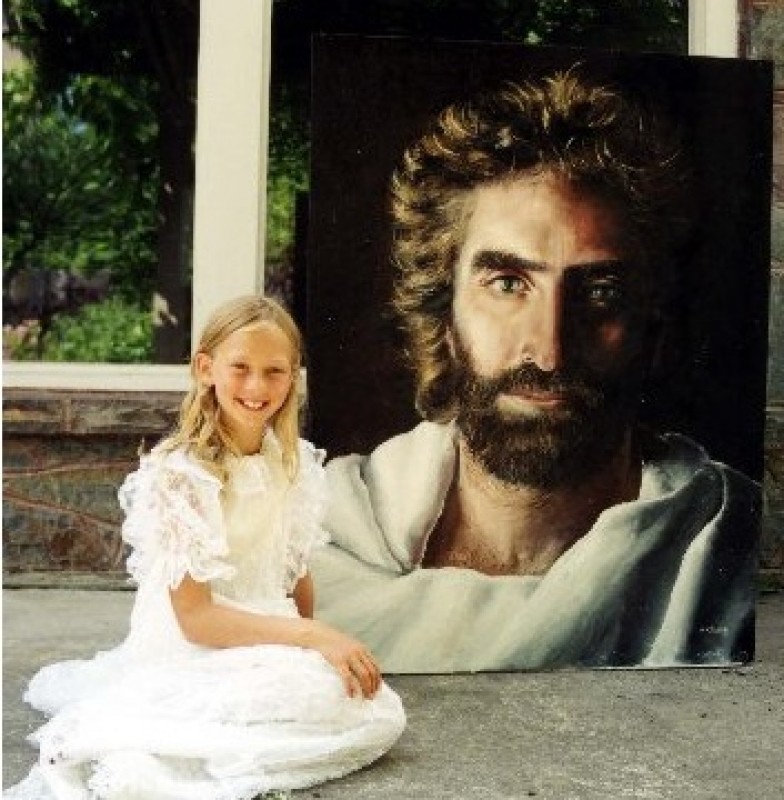 "I tell you the truth, unless you change and become like little children, you will never enter the kingdom of heaven" - Matthew 18:3.

The film "Heaven Is For Real," based on the bestselling novel by Todd Burpo, tells the story of a young boy who visits heaven following a near-death experience. In the story, the boy, Colton, shares his journey with his family, describing heaven, angels, and meeting Jesus Christ.

Following Colton's story, his skeptical father shows the boy several pictures of images, asking him to identify which one was Jesus. However, it's not until the end of the film that Colton reveals the face of Jesus from a picture on his father's laptop. An unrevealed character in the film referred to as the "young Lithuanian girl" paints the images of Jesus, but viewers are never told who the girl is, and how, exactly, she relates to Colton.

However, the Christian Newswire reveals that the "little Lithuanian girl" portrayed in the movie is famed child artist Akiane Kramarik.

At the age of 4, Akiane, who was born in Morris, Illinois, began seeing visions of Jesus, heaven, and creation. She started sketching the images she saw and write poetry at age four, eventually advancing to oil paints and acrylics to create stunning, religious-themed images.

"I am a self-taught painter," she told Children's Digest. "God is my teacher."

In 2003 she appeared on the Oprah Show to discuss her work. Akiana, then 9, displayed her "favorite" painting; an oil portrayal of Jesus simply titled, "The Jesus Picture." Upon Oprah asking Akiane where her gift came from, the young girl simply responded, "from God."

According to an article in New Connexion magazine, Akiane was once found by her parents staring off into space with a smile on her face. Asked what she was doing, she simply answered, "I was with God again, and He told me to pray continually. He showed me where He lived. I was climbing transparent stairs; underneath I saw gushing waterfalls, and as I was approaching Him, His body was pure and intense light.

Although she was three at the time, she'll always remember God's first message to her. "He said, 'You have to do this, and I'll help you.' He said, 'Now you can help people.' I said, 'Yes, I will.' But I said it in different words in my mind. I speak through my mind to Him," she told Christianity Today.

Akiane revealed to Katie Couric earlier this year that she was raised in an atheist home where religion was rarely mentioned. Yet, she never questioned the existence of a God or his hand on her life.

"All of my work is influenced by my faith," she told Katie, saying that she has carried that spiritual inspiration with her from childhood. "Everything I do has a meaning of spirituality."

The artist says that she began painting because the visions she experienced as a child were "way too complex to put into words" and could only be related through art.

The portrait used in Heaven is for Real is an image titled "The Prince of Peace." Akiane reveals that like Colton, she began seeing Jesus and heavenly images at a very young age, and believes that both of them are specifically called by Jesus to perform his work.

To date, she has produced over 200 published art pieces and 800 literary creations along with two bestselling books.