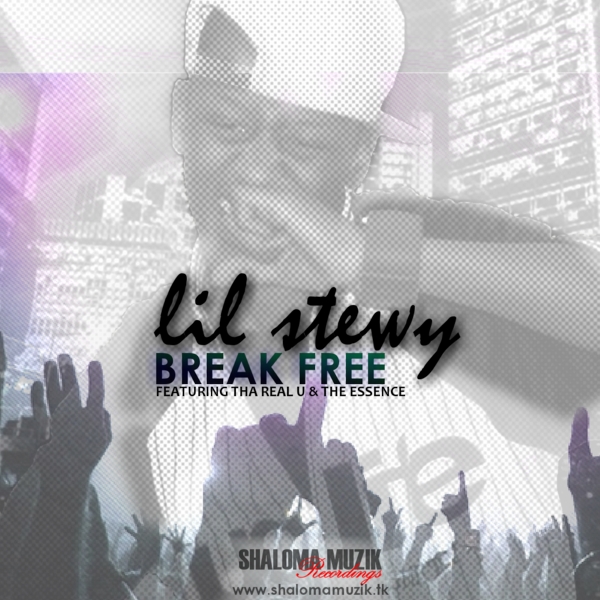 Steward Mqhele, also known as Lil Stewy, is a self-made RnB, Hip-Hop and Gospel recording artist, musician and producer from Rheenendal, Knysna in the Western Cape Province of South Africa.

Stewy is a young but innovative and self inspired musician who records his own hip and catchy songs from his home studio. He's a full-time university student who enjoys writing and recording all his tracks in his spare time.

Described as an “easy going” and creative person, Stewy is known for his unique taste in music. He is impulsive when making beats and tends to enjoy every minute of it. He is bold and enthusiastic – constantly thinking of new songs and new ideas wherever he goes.

Apart from this, he has worked with Thunda Ludaway, a well established artist and owner of Thunda Records from Ohio, USA. Thunda became the first International artist to collaborate with Lil Stewy, and he hopes for many more as time progresses.

Stewy is currently signed to Shaloma Muzik Recordings, an independent indie Hip-Hop label based in Cape Town, South Africa. With its motto “Its’ More Than Music, It’s Art” – the label aims to revolutionize the Hip-Hop culture and the way Hip-Hop is perceived, motivating future generations to pursuing prosperous lives in upholding morals and ethics. The label operates in the midst of a city with the highest number of gang-related violence in the country and is constantly at work to help transform the lives of its listeners through its content.

It was released on November 28, 2014 and features Knysna's Lil Stewy (@KidStewy), age 22, an upcoming Hip-Hop sensation with a passion of music. Alongside him, is label owner, Tha Real U (@REaLMiXwELL), age 21, from St Helena Bay in the West Coast and producer/recording artist The Essence, age 22, from the Overberg town of Caledon, in the Western Cape of South Africa.

The song reached the Soundcloud Download Limit, obtaining 100 downloads, in exactly 3hours and 38 minutes from release. It is the first single for the label's upcoming campaign and project '#ShalomaFutrure', proposed for release in 2015.

The song acts a pledge between the artists and their Spiritual lives. They each reflect on their perspective of what being an artist in the current Hip-Hop industry should be like. Through this, they aim to motivate the youth in pursuing moral and spiritual values, in the midst of the overwhelming flashing lights and glamorous lifestyles they might often dream of.