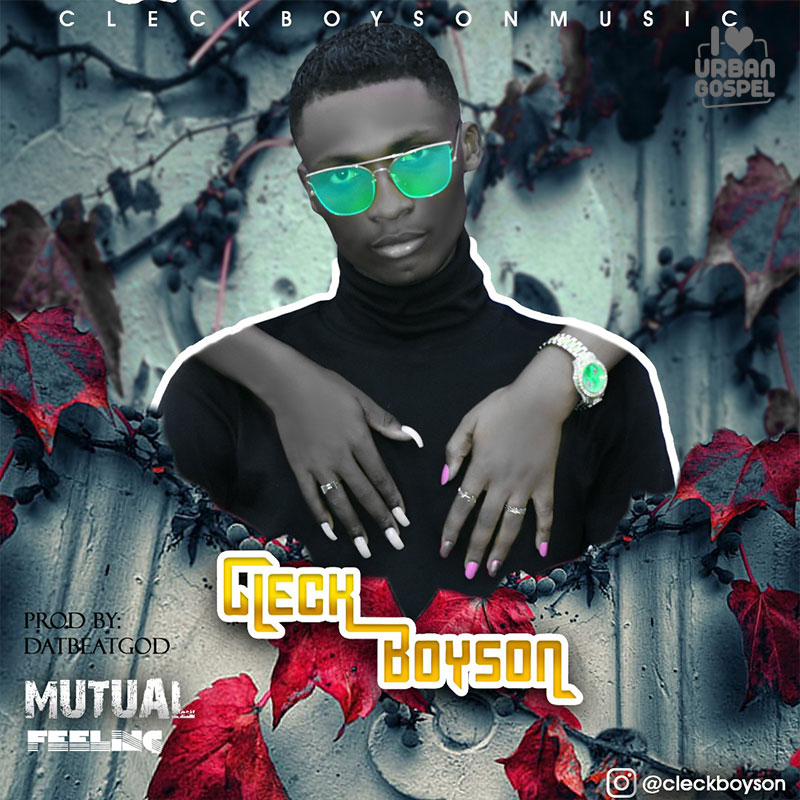 One of Ghana's fast rising Afropop/Afrobeat Gospel Musician Joel Boyson, 2nd runner up winner for Citi Tv Voice factory music reality show 2019 popularly known as "Cleck Boyson" is here again to thrill his fans some more with his new Song dropping on the 6th of March 2020, He calls this one "Mutual Feeling".

There has been a lot of controversies on the song already though it isn't released yet, because of the official flyer He dropped, people seem to find deep meanings to it than they could imagine and therefore believe the song isn't a Christian song or Music for God...But in a personal conversation with "Cleck Boyson" he disclosed that what is going on is actually good for his new brand, because he and his team intentionally did that to draw more attention to the song, they knew all this was gonna sprout out.

He lastly said after the song is out, and people are streaming and downloading, he would explain deeper why he created all the controversies around it.

Cleck Boyson - Nyame Do Me (@joelboyson1)

Cleck Boyson reveals title for his next single (@cleckboyson)